Going full on Paleo has done wonders for many people. I have a friend who was unable to conceive due to medical issues. After being on a Paleo diet for 6 months for her medical issue, not only was she able to go without medication, she accidentally conceived! What a happy surprise. There are so many examples of seemingly unrelated health issues that heal completely when a person eats a true Paleo diet because the gut is allowed to heal and function optimally. True Paleo is basically eating what naturally exists on the earth in its most unprocessed state possible (with the exception of fermented foods).

Some food groups are only safe for the gut to eat if they are properly prepared, like wheat and dairy. Legumes are another example of this They are high in phytic acid which is difficult for our bodies to digest. If they are traditionally prepared (soaked, sprouted, etc.) they are much easier to handle but it is hard to find a company that does this and it takes a lot of time to do it yourself. Also, they are high in carbs so it’s more difficult to get your body into a fat burning state.

All that being said, legumes seem to be the least offensive Food group that is cut out of the Paleo diet. I would suggest going without and eating true Paleo for a time to see how your body reacts. Then reintroduce legumes to see how it affects you. I personally felt better not eating them on a regular basis, but if they are included with a meal I don’t go out of my way to avoid them.

What’s wrong with beans and legumes? 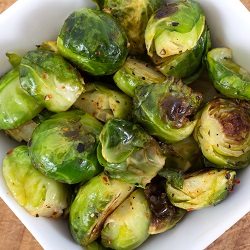